The lesson today came about after reading Damantigui’s Blog. He is a world traveler–both business and pleasure. He is seasoned in life, culture, and observation. When one is seasoned, one is unafraid to share criticism. Damantigui doesn’t suffer fools lightly.

In a moment, I am posting an excerpt from a recent rampage on Damantigui’s Blog.

First, let’s discuss where rampage writing is useful: on the Op Ed page of the newspaper (dwindling market?), in political speech writing (seasonal work and hard to get?), in dialogue (movie and television scripts, books, plays–better) and, finally, on the soapbox (think of the public square of today: the blog or jokes for comedians. Ahhh, now we’re getting somewhere).

Rampage writing is persuasion on steroids. It’s purpose is to modify the views of the reader by hyperbole, education and/or intimidation. Humor helps. When slapping someone, it helps if you can get them laughing about it.

The following example of rampaging is extracted from his November 8 post titled “Truth Teller.” In it, he(via George Carlin) challenges the necessity of the Save the Earth movement, among others.

We’re going away. Pack your shit, folks. We’re going away. And we won’t leave much of a trace, either. Thank God for that. Maybe a little styrofoam. Maybe. A little styrofoam. The planet will be here and we’ll be long gone. Just another failed mutation. Just another closed-end biological mistake. An evolutionary cul-de-sac. The planet will shake us off like a bad case of fleas. A surface nuisance.

The planet will be here for a long, long —LONG— time after we’re gone, and it will heal itself; it will cleanse itself, because that’s what it does. It’s a self-correcting system. The air and the water will recover; the earth will be renewed; and, if it’s true that plastic is not degradable, well, the planet will simply incorporate plastic into a new paradigm: the Earth plus plastic!  The Earth doesn’t share our prejudice towards plastic. Plastic came out of the Earth. The Earth probably sees plastic as just another one of its children.

Could be the only reason the Earth allowed us to be spawned from it in the first place. It wanted plastic for itself. Didn’t know how to make it. Needed us. Could be the answer to our age-old philosophical question, “Why are we here?”  “Plastic! Assholes.” 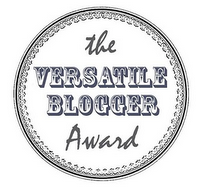