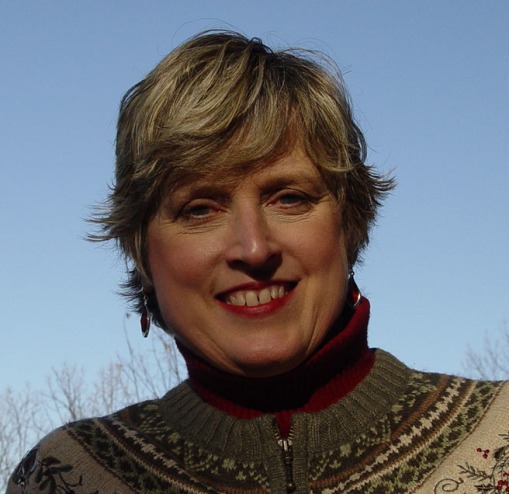 I’m Sorry If I Offended You … Now Grow Up

Michelangelo enters the Sistine Chapel with his paints and scaffolding. He has a great image in his mind. This will be his piece of art that will define him as an artist. The creation that he puts on this ceiling is going to put his name in the history books to immortalize him as a great master painter.

As Michelangelo is setting up, someone comes in. Spying one of the cans of paint, he asks, “Is that red paint you have there?”

Michelangelo says it is. The red will be needed for much of the paintings: for example, in the Creation of Man.

“Can’t you use another color?”

“No,” Michelangelo says. “Red is one of the primary colors.”

“But it is so offensive.”

“It is the color of blood, which gives us life,” Michelangelo says.

“Maybe according to you, but a lot of people don’t like the color red and if you use it you will offend them, which will make you and us look bad. People will think we’re endorsing evil.”

With a shrug of his shoulders, Michelangelo relents and takes the bucket of red paint out of the chapel. He is thinking about how he is going to adjust his painting when he comes in and sees someone else standing over the bucket of yellow paint.

“Is this yellow paint?” the new visitor asks with a glare in his eyes.

“Yes,” Michelangelo manages to say before the gentleman launches into his offense.

“Are you saying that we’re cowards? Yellow is the color of cowards used in terms like yellow-belly and—“

“No!” Michelangelo throws up his hands. “I just need to use yellow because it’s the base color in brown—”

But before Michelangelo can finish the second visitor hurries from the chapel while muttering about bigots and stereotyping of some social group which Michelangelo doesn’t have time to discern before a third person comes in to spy yet another bucket of paint.

“‘I need it for the Garden of Eden,” Michelangelo says in a firm tone.

A month later, Michelangelo finishes the Sistine Chapel. When the great ceiling is revealed to the public, they stare up in awe at the stark white ceiling high above. After all, after Michelangelo had eliminated all of the colors that offended anyone, all he had left was white—to which, one member of the audience commented:

“Did you have to choose white? White gives me a migraine.”

Recently, I received a review for Blast from the Past, my latest Mac Faraday Mystery, in which the reader opens with “Thankfully, this book in the series contained no insulting-to-fat-people characters.”

I did a lot of head scratching trying to figure out what she could possibly have been talking about. When did I insult fat people? Apparently, one of my followers had the same question because she went onto the site to ask the reader, who claimed that in one of my previous books I had presented a fat character in a derogatory manner. The follower came back to say that if that was the book she was thinking of, it was the character, not fat people, who was presented in a derogatory manner.

The fact remains, this reader was so offended by my use of an obese character in It’s Murder, My Son that she felt compelled to carry out her grudge by posting a negative review four books later.

In It’s Murder, My Son, the character of Betsy is a victim. She is sloppy and, yes, obese. Often, obesity is a result, brought on by low self-esteem. Betsy’s low self-esteem puts her into the perfect situation to be manipulated by the killer—who is slender and attractive, by the way.

Rightfully, it should be the skinny people posting negative reviews about me making them out to be manipulative and homicidal. In It’s Murder, My Son, I killed five skinny people to the one fat one. I mean, if I’m prejudice against fat people because I killed one—I must really have it out for skinny people!

So, what do I, as an author, do with future books? Well, I guess I can’t ever use fat people—unless they are the hero. That means I can’t have fat characters be victims because they will offend readers like this one. I also can’t use them as killers because I will be saying that fat people are homicidal maniacs—unless they are driven to it by skinny people.

In Blast from the Past, one of my murder victims has a problem with poor hygiene. Does this mean I have something against people who don’t bathe?

I guess I should stop using women, who happen to be fifty percent of the population, as murder victims. People may start to think I’m sexist. For that matter, I should no longer have the killer be a woman. Then people will think that I’m saying that women are bad people. Heaven forbid I kill a blonde woman—then they’ll think I’m prejudice against blondes, even though I am one!

Furthermore, I really should avoid using short people—because I will offend those readers who suffer from dwarfism.

In recent history, the world has become a great melting pot. Along with the melding of cultures and people becoming more aware of each other’s differences, sections of our society have felt justified in being hyper-sensitive and compelled to demand that everyone else—including artists—walk on eggshells in order to not offend them or anyone. Children can’t even pray in school because they may offend the one atheist child in the room of thirty students.

This post is not directed toward those hyper-sensitive readers who feel compelled to throw temper tantrum by posting negative reviews because their feelings were unintentionally hurt in the name of art. Nothing I, or any author writes, can change their perception. Rather, this is directed to writers who may fear being on the receiving end of such a tantrum when they have, without intention, offended someone somehow someway.

If writers bend to such criticism, they might as well throw away their laptops: All murder victims in mysteries will need to be white men (because they deserve it); and the killer is always going to be the white man (because they’re always the bad guy).

Mind you, these white men have to be of average height and weight.

I guess they can’t be bald either because you may offend those readers who are bald.

Also, they need to be heterosexual because you can’t offend the homosexuals.

And they can’t be Muslim because the terrorists will be justified in coming after you.

The end result would be authors shaking in their boots afraid to write, “It was a dark and stormy night,…” for fear of messing with Mother Nature.

Writers: Be bold. Be brave. Damn the hyper-sensitives. Once, while appearing on David Letterman, Jerry Senfield said that he offends everyone and if he hadn’t gotten to a particular social group, just wait, he’ll get to them eventually.

Just give me time.

[BTW: In The Murders at Astaire Castle (coming September 2013), I’m coming after the Werewolves.]