Blast from the Past Book Tour

Ten Advantages to Having a Mystery Author for a Friend (in person or on Facebook).

So make a Mystery Writing friend today! I’d love to make your acquaintances at any of my sites: 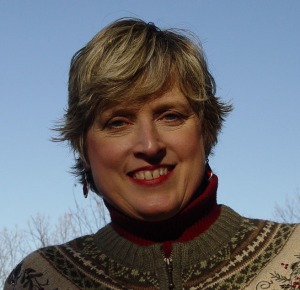 CLICK HERE TO READ MORE ABOUT LAUREN CARR’S NEW BOOK BLAST FROM THE PAST: Blast from the Past Press Release

Lauren Carr fell in love with mysteries when her mother read Perry Mason to her at bedtime. The first installment in the Joshua Thornton mysteries, A Small Case of Murder was a finalist for the Independent Publisher Book Award.

Lauren is also the author of the Mac Faraday Mysteries, which takes place in Deep Creek Lake, Maryland. It’s Murder, My Son, Old Loves Die Hard, and Shades of Murder, have all been getting rave reviews from readers and reviewers. Blast from the Past is the fourth installment in the Mac Faraday Mystery series.

Lauren is a popular speaker who has made appearances at schools, youth groups, and on author panels at conventions. She also passes on what she has learned in her years of writing and publishing by conducting workshops and teaching in community education classes.

She lives with her husband, son, and two dogs on a mountain in Harpers Ferry, WV.

The Past Comes Back with a Blast

In Blast from the Past, Mac Faraday finds himself up to his eyeballs in mobsters and federal agents.

After an attempted hit ends badly with two of his men dead, mobster Tommy Cruze arrives in Spencer, Maryland, to personally supervise the execution of the witness responsible for putting him behind bars—Archie Monday!

Mac Faraday believes he has his work cut out for him in protecting his lady love from one of the most dangerous leaders in organized crime; but when bodies start dropping in his lakeshore resort town of Spencer, Maryland, things may be hotter than even he can handle.

In this fourth installment in the Mac Faraday Mysteries, readers learn more about Archie Monday’s past in a flash—as in a gun fight when the syndicate comes to town. “Readers love to be surprised,” mystery author Lauren Carr says. “In Blast from the Past, they are going to be surprised to discover the secret of Archie Monday’s past, which threatens her and Mac’s future.”

Blast from the Past also takes the Mac Faraday Mysteries to a new level as his relationship with Archie Monday moves onto a whole new level. “I do listen to readers,” Carr explains. “They have been clamoring for Mac and Archie to get together for three books.”

What about Gnarly, Mac Faraday’s canine inheritance—the only German shepherd to be dishonorably discharged from the United States Army? “It’s not a Mac Faraday Mystery without Gnarly,” Carr promises. “Let’s just say Gnarly kicks things up a notch in his own way.”

Lauren Carr is the author of the Mac Faraday Mysteries, which takes place in Deep Creek Lake, Maryland. It’s Murder, My Son, Old Loves Die Hard, and Shades of Murder, have all been getting rave reviews from readers and reviewers. Blast from the Past is the fourth installment in the Mac Faraday Mystery series.

Dates don’t stick in my brain. That’s why I always disliked history classes. The tests seemed to focus on memorization of lots of dates. I was at an instant disadvantage. I would have preferred that the instructors focused on the lessons we can learn from history. If that had been the case, I likely would have majored in history. I love to learn. I hate memorization.

I was saying dates don’t stick in my brain. I can’t remember when I first decided that I would start a writers group. If I were to guess, I would say it was two years ago. About that time, I started attending writing workshops by mystery author Lauren Carr, hosted by different local libraries. In fact, it happened after the first Carr workshop, but before the second. At the second workshop is where I asked for anyone interested to give me his or her contact information.

It took a bit of time to find a meeting place. I had a list of 25 names. I had no idea how many would actually show up. Rose Harris, owner of a local coffee-house in historic Williamsport, MD, was willing to let the group use her back room free of charge two times per month. The local library also had a meeting room, but it was in high demand. The writers group may have to compete for meeting dates. That was no good. Plus, the library felt sterile. The vibe at the Desert Rose Cafe was nurturing, creative, friendly. As an added bonus, “the eats” were good and inexpensive. 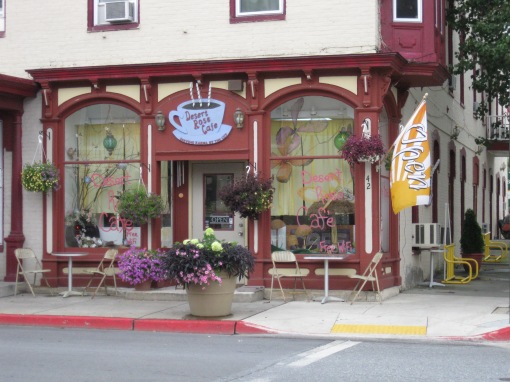 It was the vibe that made the decision for me.

Over time the group whittled down to a dozen, then ten regulars. The group was very diverse, from writing styles to personalities to topical interests. Yet we jelled. We shared work by reading aloud. We criticized (in a constructive way) and guided each other in developing our craft. We encouraged and inspired each other.

The restaurant hosted a writing contest, posting short works from the group in the dining room, asking diners to read and vote on a winner.

We all were winners, because, after the contest, we decided to put together the Anthology. We had faith we could create a collection of short works, edit them, compile them, then publish them in a period of about six months.

With the professional assistance  and coaching of Acorn Book Services in Harpers Ferry, WV, by December, 2012, the humble writers group–Writers of the Desert Rose Cafe–released its first e-book. The members range in age from 30 to 80-plus and live in a three state area.

One member with Asperger’s Syndrome remarked that the release date of the e-book was one of the greatest days in his life. During the course of writing for the Anthology, he made a decision to move out of his parents’ home and into his own apartment, so he could enroll in college. He is currently working on a solo writing project.

An administrator in the local library system called me a couple of days ago to express her surprise and joy that Writers of the Desert Rose Cafe had achieved its goal. She offered to help arrange publicity for the book through the local newspaper. In turn, I offered to promote the library workshops as wellsprings of creativity. Without the library’s workshop, the Anthology would never have been written.

An idea led to a call to action and resulted in the creation and e-printing of a publication. A young man’s life changed. Others came to see that setting a goal and working on it faithfully yielded results. Several are working on new solo projects.

Writers of the Desert Rose Cafe, An Anthology, available from Amazon.com or Barnes & Noble